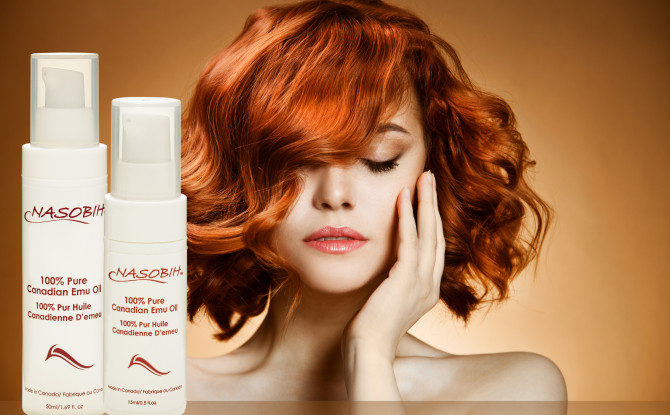 Who knew about Emu!

Emu? What does an emu have to do with skin health? The emu bird is one of the oldest living beings on earth, originating from the dinosaur 80 million years ago. The aborigines of Australia have utilized the bird for hundreds of years for its unique medicinal qualities found in its oil. The emu has a fat pad on its back similar to that of a camel. This pad is very rich in nutrients such as omega-3 and omega-6 fatty acids. Emu’s raised and harvested in colder climates such as the northern prairies of Canada, tend to yield a higher level of both omega-3 and omega-6 polyunsaturated fatty acids then birds raised in warmer climates. This discovery is similar to the concept of deep water salmon and omega-3 levels.

Modern science has discovered the healing properties of emu oil and have studied the oil in a variety of skin related disorders such as, contact dermatitis, herpes zoster and simplex, burns including sun burn, bed sores, skin ulcers and aged skin just to name a few. The oil has shown to have profound anti-inflammatory and skin penetrating action which may account for its pain relieving properties. The composition of the oil is very similar to the skin which allows for deeper skin penetration. Many clinicians will use emu oil as a carrier to enhance the penetration of other dermatological medicines and nutrients to increase efficacy and speed healing.

Dr. Bill Code, MD writes in his book “Youth Renewed” page 214, what emu oil can do for your skin. He writes, “Emu Oil contains a small amount of phosphorous, and this may also make a difference in how well it penetrates human skin. Emu oil, like many oils, is relatively non-polar (not electrically charged). A non-polar compound can travel through a cell much better than a polar compound, as a polar compound is positively or negatively charged and is usually stopped at the entrance gate to the cell. Whether a compound is polar or non-polar makes a big difference in its ability to move between cells.   Emu oil is a source of nutrients to the skin. Here’s how it works. The skin has blood vessels supplying it with the nutrients it needs for elasticity, hydration, and healing. If there’s injury such as bruising, a release of eicosanoids occurs, along with other responses that cause swelling and edema (fluid accumulation). If you visualize this, you can imagine that the skin’s surface – with this swelling – is now further from the blood supply. Your skin now has fewer white blood cells and nutrients reaching it and slowed removal of waste. The result is delayed and slowed healing.   So, in emu oil, we have a substance that supplies nutrients directly to the skin and penetrates the skin very well. What this suggests is that emu oil may help the skin heal (recover from injury) more quickly. It also tells us that emu oil has an anti-aging component due to improved cell function, cell change-over and cell renewal- all things that tend to work against aging.”

The anti-aging component of emu oil is commonly used in combination with Nasobih™ and is a part of the Nasobih™ natural anti-aging skin care line. By applying Nasobih™ Nutra-Cream to the skin then applying the emu oil, patients have reported beneficial effects on certain age related skin conditions such as the reduction of wrinkles on the upper lip area of middle aged women. More investigation is currently underway to identify key treatment options with the combination of Nasobih™ and emu oil for skin disorders and age related skin damage.   Nasobih™ 100% pure Canadian emu oil is obtained from a processor in the northern prairie region of Canada to ensure the highest quality and potency of omega-3 and omega-6 poly and monounsaturated fatty acids. The oil is processed in a very delicate manor to maintain the natural components found in emu oil. The oil is packaged in airless pumps to prevent oxygen from entering the container, maintaining the best quality emu oil on the market.

Dr. Bill Code, MD is the foremost expert on emu oil in Canada. He has conducted a webinar on emu oil, sponsored by Global Health Source Canada Inc. (makers of Nasobih™) and hosted by Eastern Currents Distributing Ltd.. For more information on this webinar go to real results and click on educational videos.